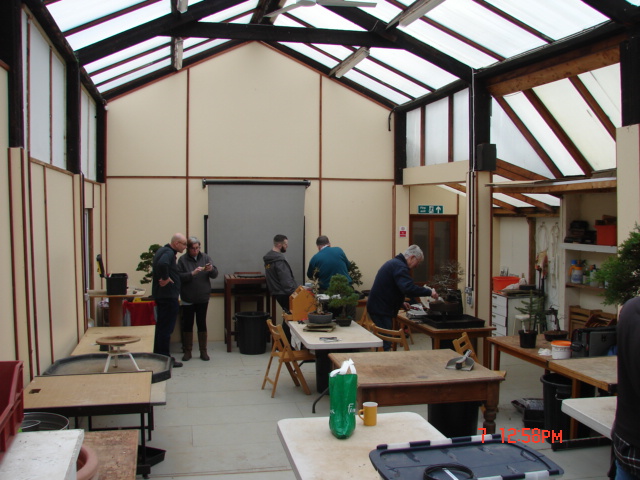 Did concerns about catching the Corona virus lead to a poorer than normal turn out at yesterday’s Bonsai Chat here at Willowbog Bonsai ?

With three of us having recently returned from the Trophy Show in Belgium where we had mixed with hundreds of enthusiasts from all over Europe as well as a few individuals from further afield than that, including a number newly returned from Japan, perhaps there was a legitimate concern ? 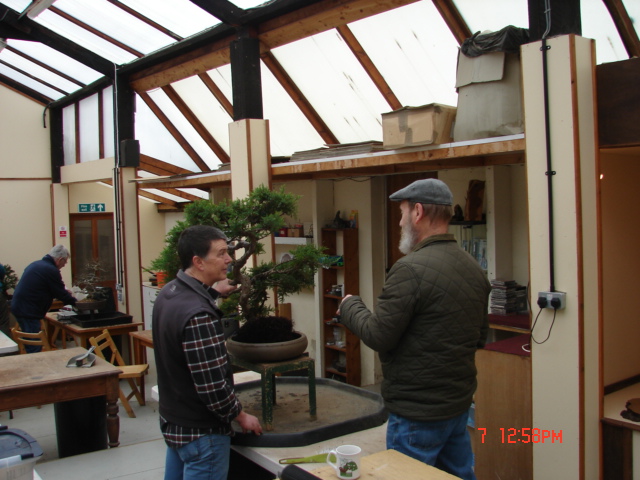 Having said all that there were about a dozen folk willing to take the risk, small though that may have been. 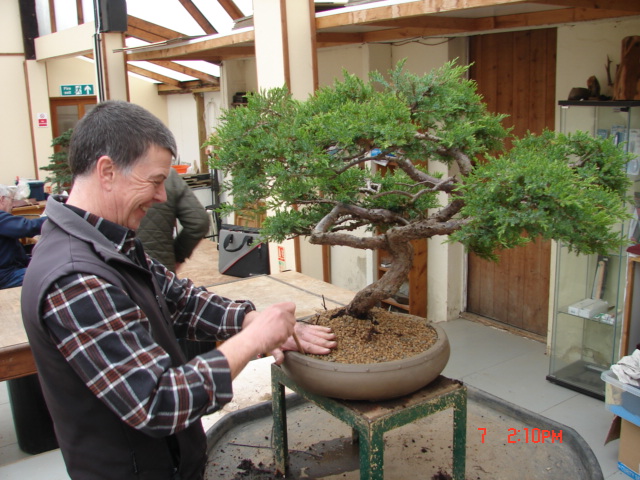 John B seemed happy enough anyway as he got on with re-potting this juniper. 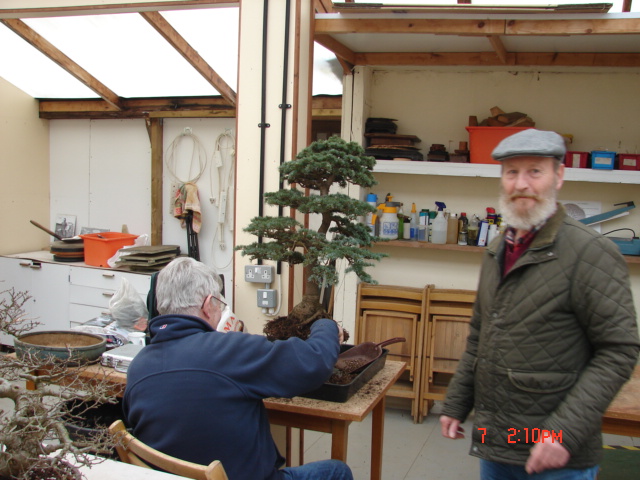 ”Chat” regular John H also re-potting, a Cedar and a Southern beech were his bonsai getting the seasonal work carried out. Quite possibly Terry H’s cap is his secret anti virus protection ! 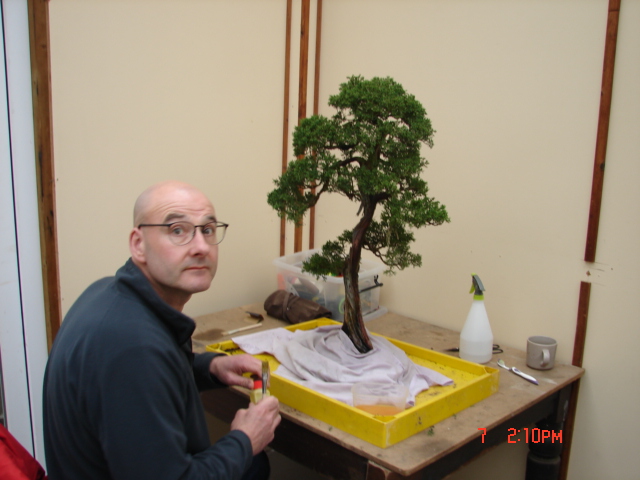 Willowbogger Antony seems surprised to find himself in the spot-light. 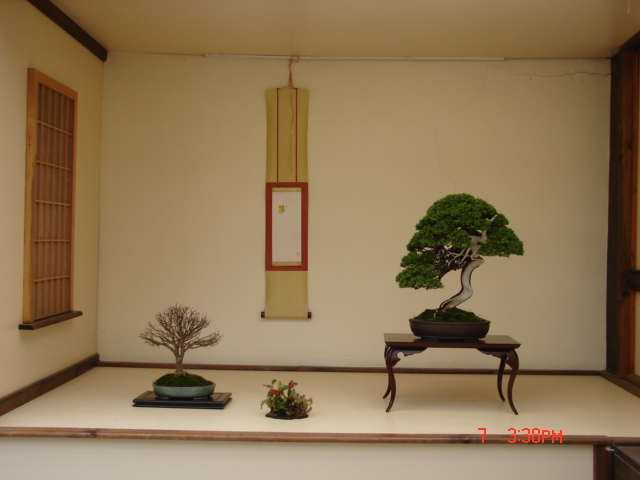 Caz very kindly agreed to recreate her display for that recent Trophy show in our studio tokonoma. Her beautiful chuhin size juniper together with the shohin Zelkova and accent were much admired by visitors to the show and our Bonsai Chat participants alike. 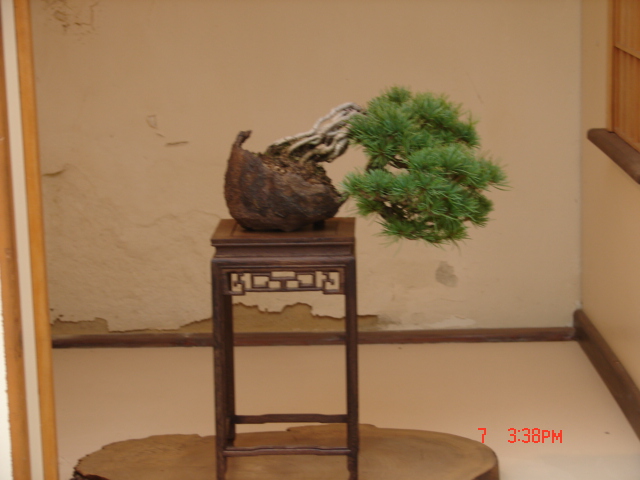