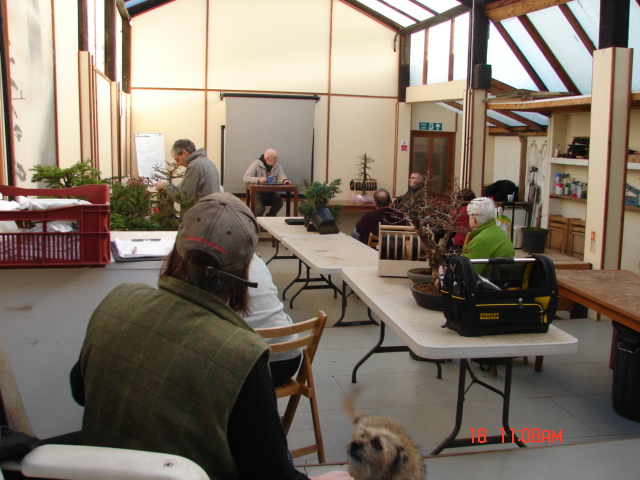 On Saturday we held the second general workshop of January and also the second of this new year here at Willowbog Bonsai.

We have welcomed seven or eight participants to each of the month’s two workshops so continuing the raised level of demand that we saw throughout most of 2019. It looks like a pair of general workshops a month is here to stay. 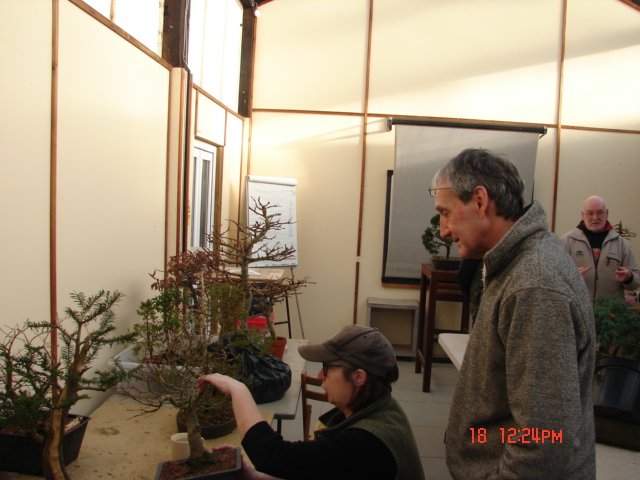 It is particularly gratifying that some enthusiasts have taken the advantage of doing both days. Here one of those, Kevin B gets Caz to look at his chuhin maple bonsai. 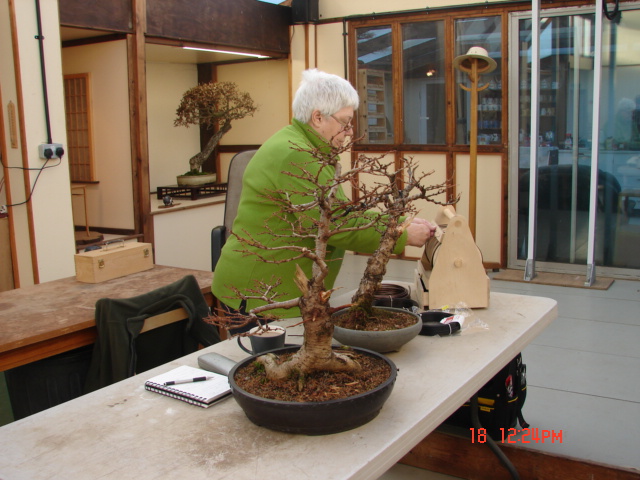 Penny was another to join us each time, a couple of her Japanese larch on the table in front of her. 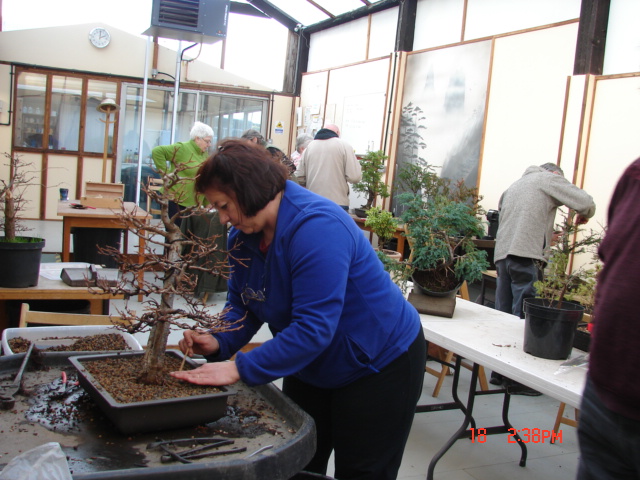 Angela hardly ever misses these monthly events and she also attended both, also with larch to work on. 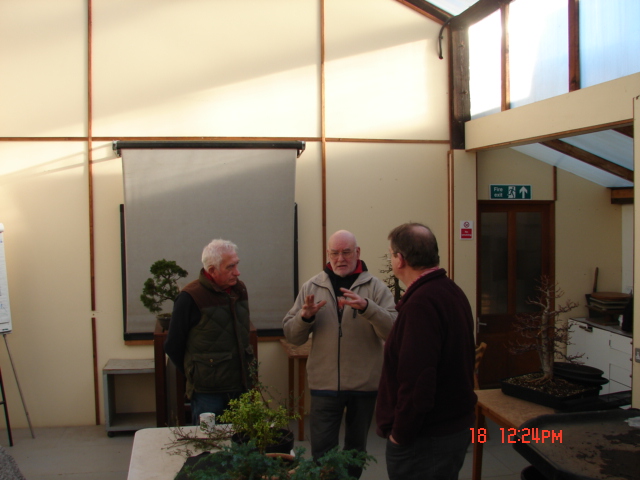 Frank, to the left, and Kevin S are rapidly earning themselves the privilege of the Willowbogger designation with regular workshop attendance. I am not sure what point I was making to them in this photo. 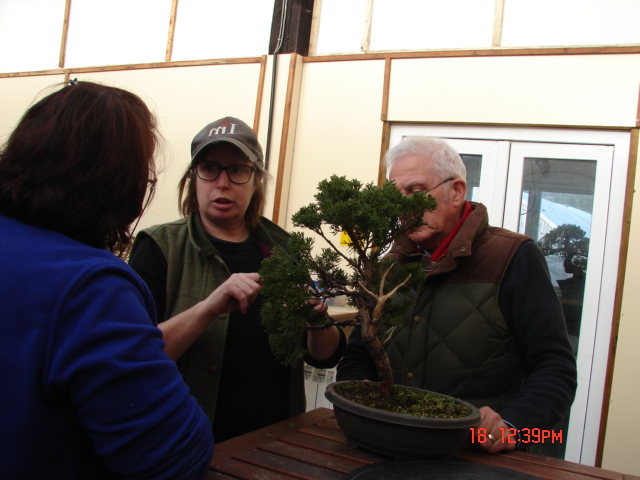 Caz also making a point, this time to Angela but about Frank’s Juniper. Caz has a particular experience when it comes to this species. 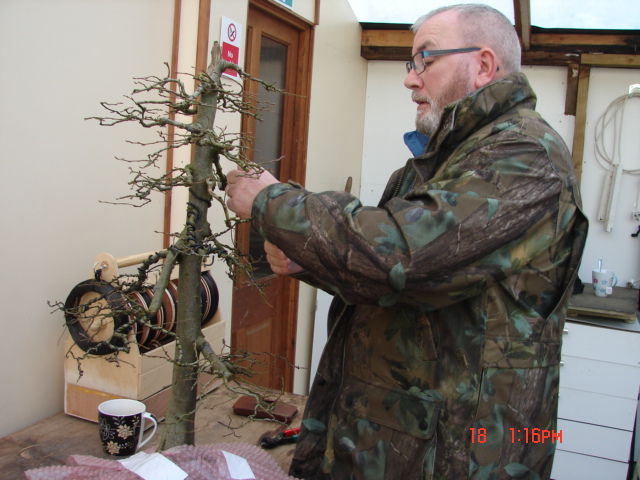 I thought that the new studio heater was maintaining a decent temperature on Saturday but Paul opted to retain his top coat throughout the light wiring of his European hornbeam. 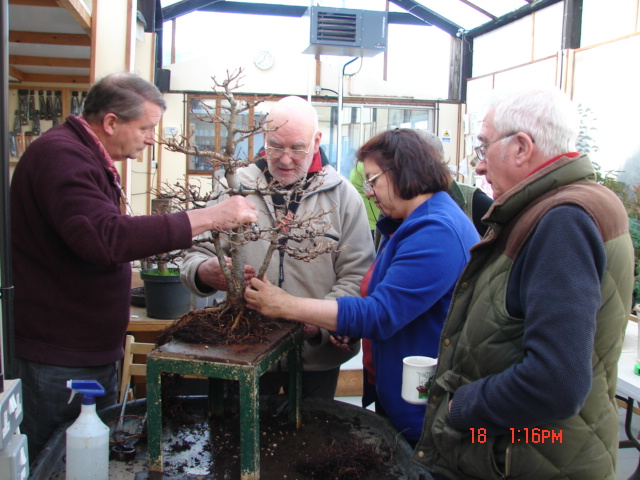 One of the good things about these days is that everyone at these events knows that they are welcome to watch and to listen in when another participants tree is being worked on. In this picture I carry out the root pruning on one of Angela’s larch at the same time as explaining each step of the exercise. 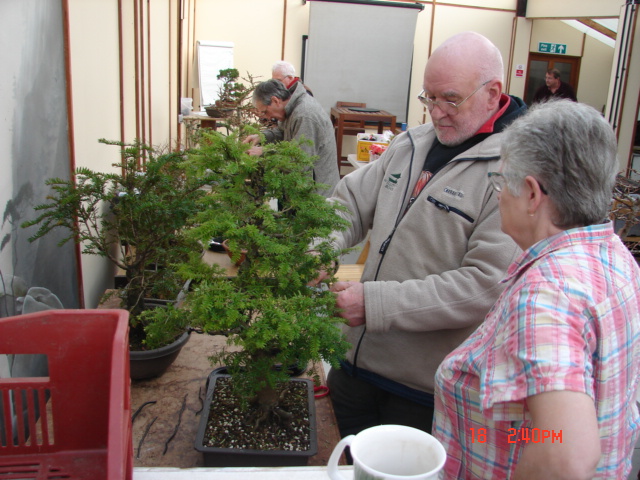 Norma is another to only very rarely miss a month at Willowbog. I think that here I was bending a secondary trunk on her part shaped Western hemlock. 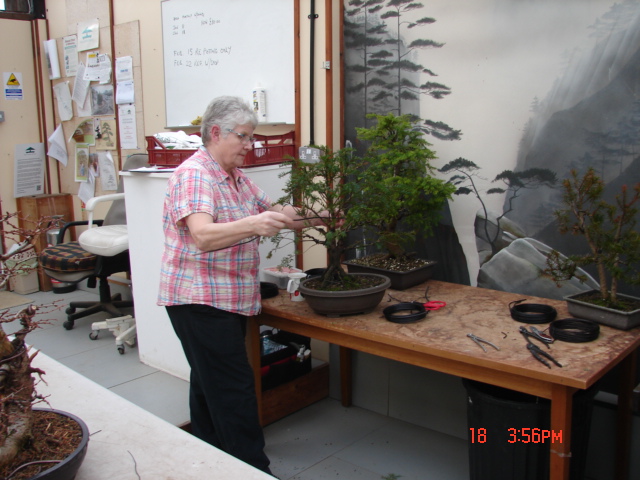 Here she gets to grips with wiring on a European yew bit of raw material. 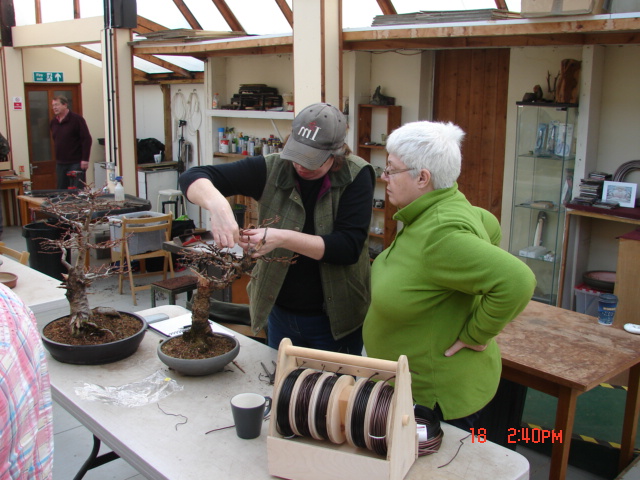 Caz places branches on Penny’s larch once the wire is on. 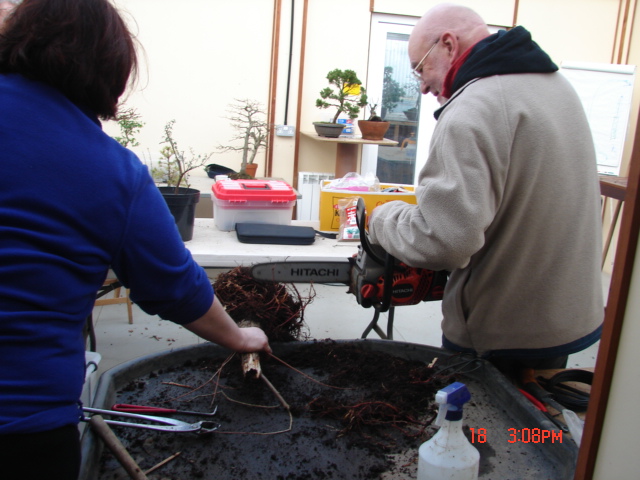 A bit of fairly drastic root pruning on one of Angela’s Swamp cypress. 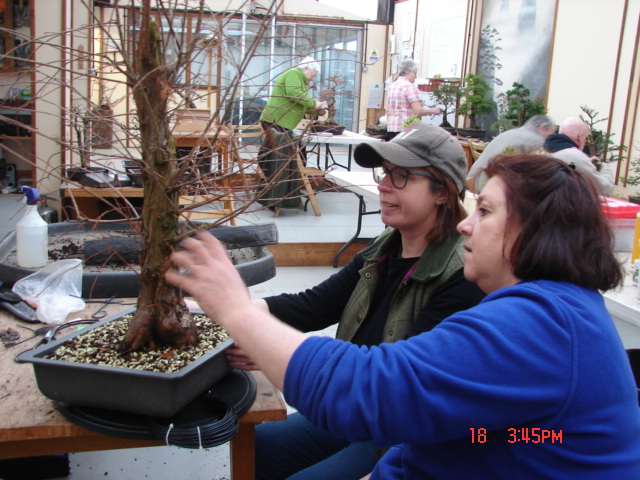 We carried out a very similar task on the other one of her Taxodium’s last year and the tree seemed to respond very well. Here Caz looks at branch selection with the owner paying close attention. 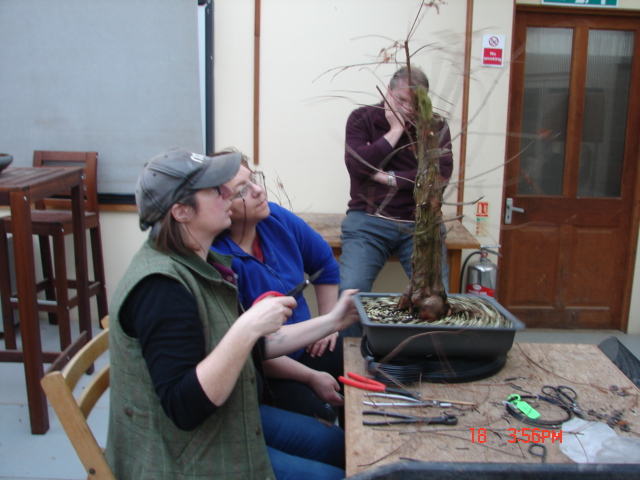 A little later and the main selection is done, just need to grow the remaining branches now Angela ! 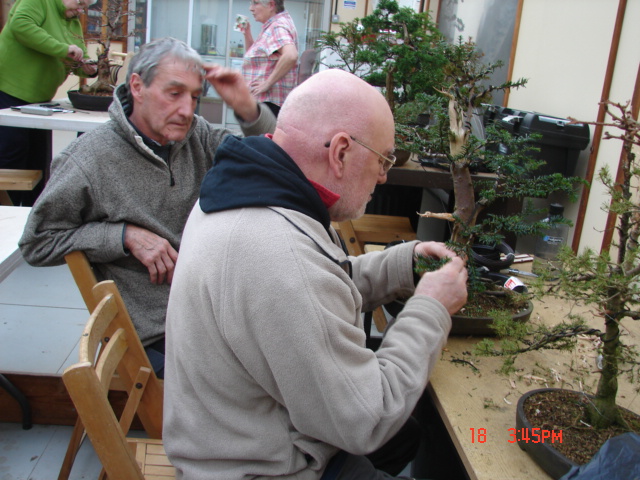 Kevin B looks a mite concerned over my bending and positioning of branches on his yew that he got wired during the day, no broken branches though Kevin.

Scott was also helping as usual but there are no photos of him as he was behind the camera each time. Thanks to him and Caz for their invaluable help as always and thanks to all our workshop participants. Next month Bonsai Chat on the first Saturday, then a themed repotting workshop, followed by a general workshop on the third Saturday, it’s all go here at Willowbog Bonsai !