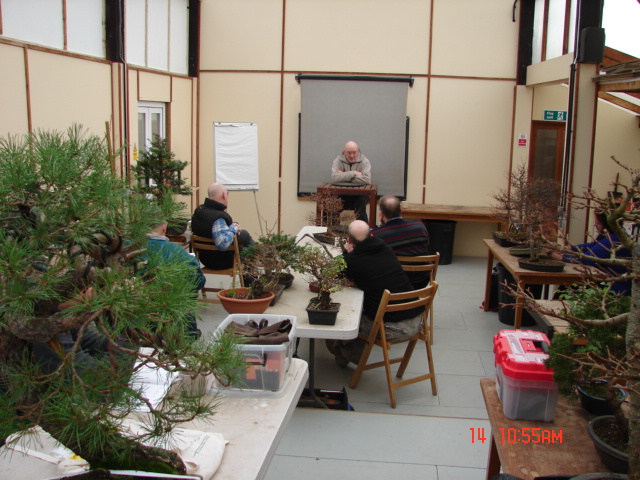 Due to increasing interest we scheduled two consecutive workshops for this last month of the year.

Last Saturday we hosted the first of these. 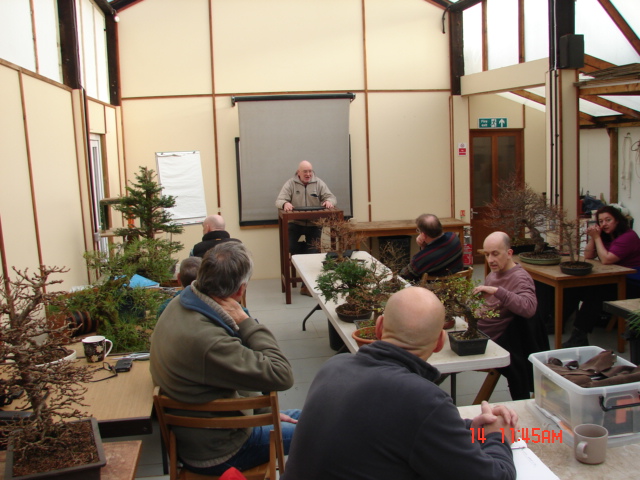 I think that we had eight participants and they were all familiar faces, some more so than others. 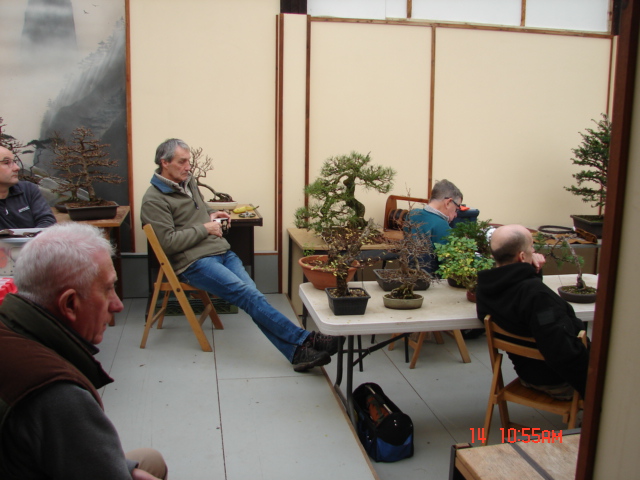 Many of those taking advantage of the day actually do pretty much every month’s workshop that we stage and we are grateful for their support. 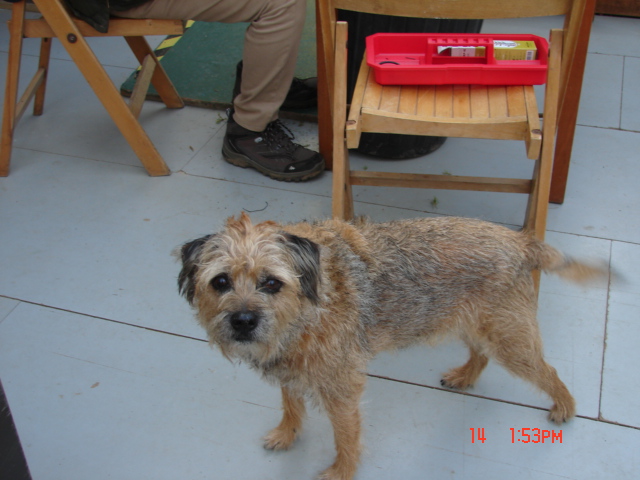 Here’s one of those very familiar faces, Tyke never misses a workshop. 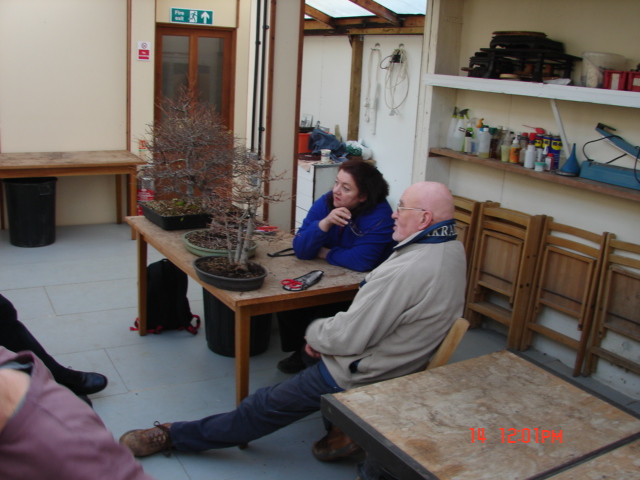 Like Tyke, well not really of course ! , Angela is one that we see each month. I seem very relaxed about looking at some of her deciduous bonsai with her ! 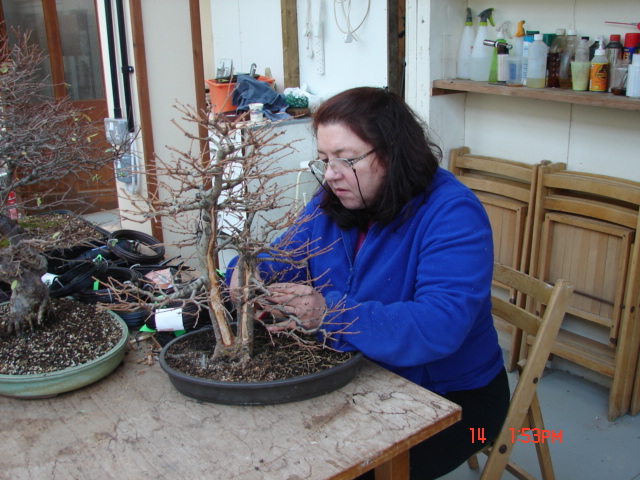 Busy with one of her larch. 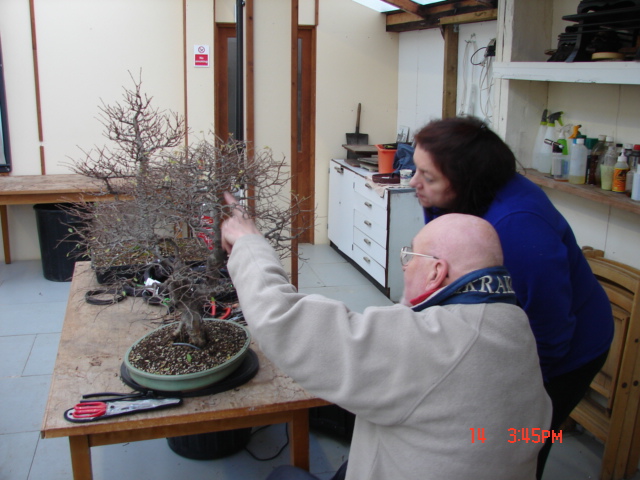 Then a look at a nice, old, Chinese elm. 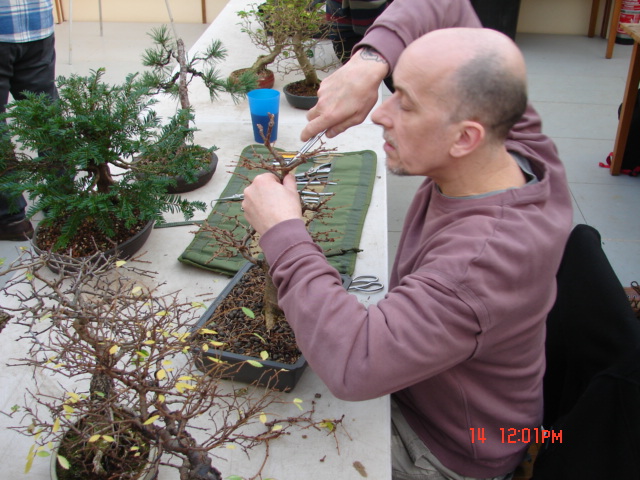 Gary is another, almost, ever present. 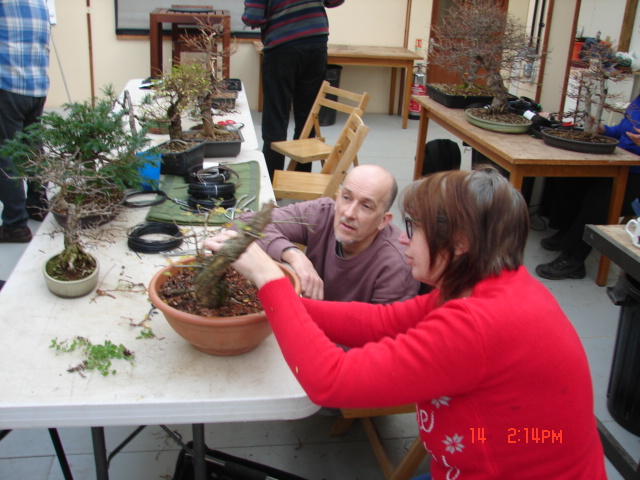 Caz helping him in this shot.

Caz is an invaluable assistant on these days, in this case helping Kevin B get some wire correctly on his larch. 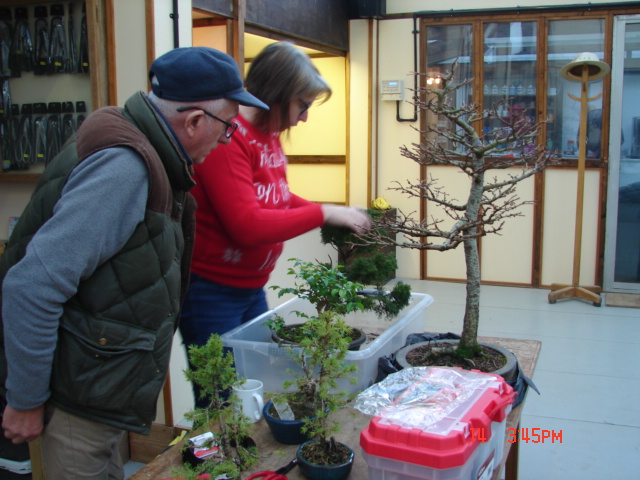 Here she is spending time with Frank who is one of a few newcomers who attends most of the regular monthly workshops. 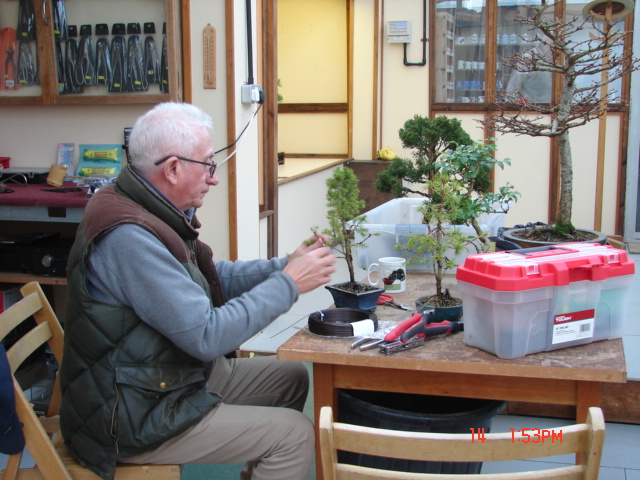 Here Frank embarks on the delicate task of getting some wire on a little spruce. 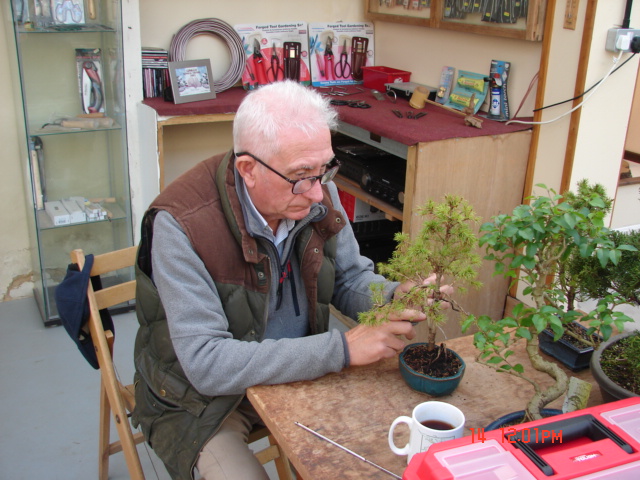 Nice to see that sort of concentration ! 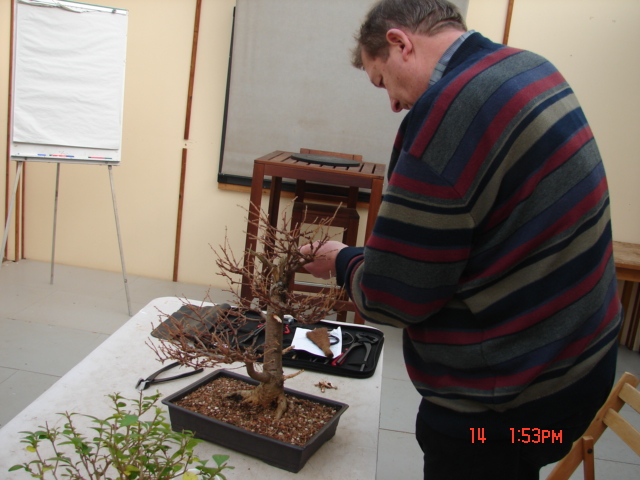 Kevin S is another newcomer who we see regularly now, here he creates a deadwood feature on a Japanese larch. 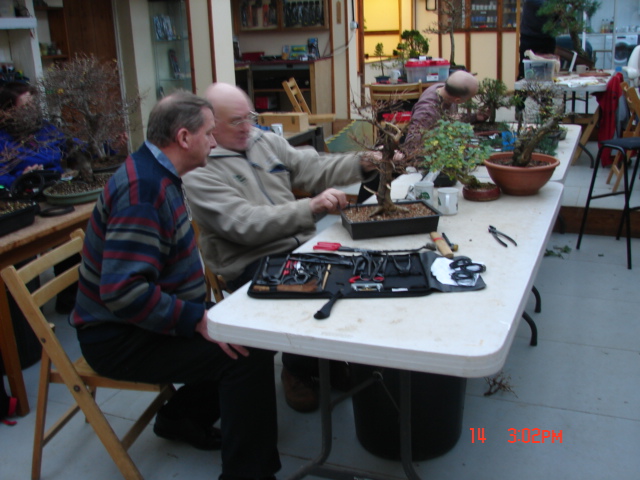 Just trying to get everything just right, or at least  starting the tree down the bonsai path. 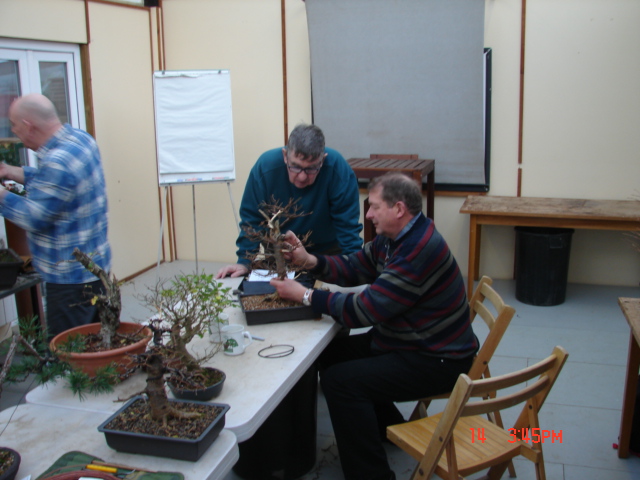 The G-man casts an expert eye on the progress. 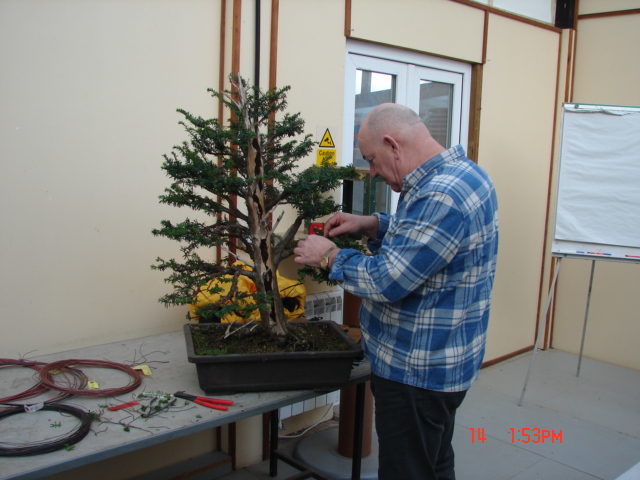 Regular Terry making steady progress on the complete wiring of a sizeable yew. His first serious attempt with copper wire which can be a bit of a challenge when switching from Aluminium, he is doing really well though. 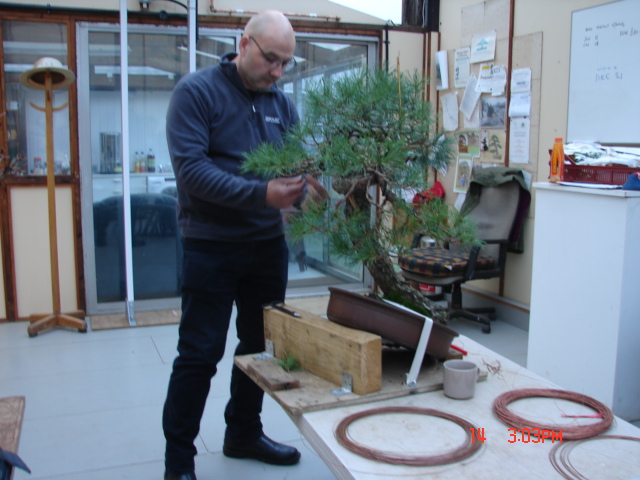 Also doing well with a wiring task of size, this time on a Scotty, and also carrying out the whole task with copper, Willowbogger Antony gets a bit nearer the apex, no need to rush with a job like this ! 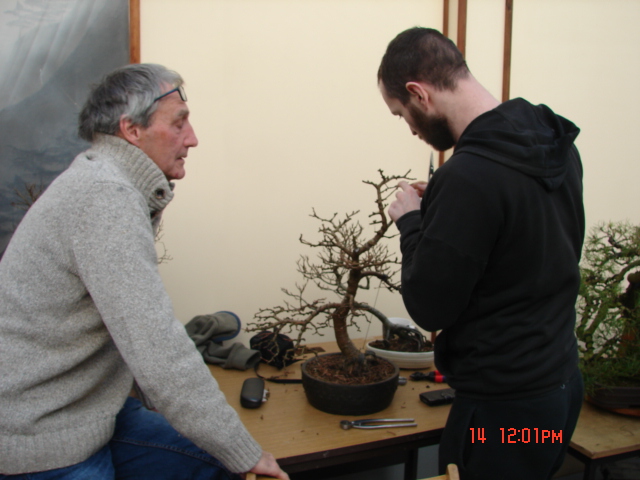 Nearly missed out on seeing young Scott, maybe because he took a lot of the preceding photos, here helping Kevin with a bit of fine wire at the top of that larch. 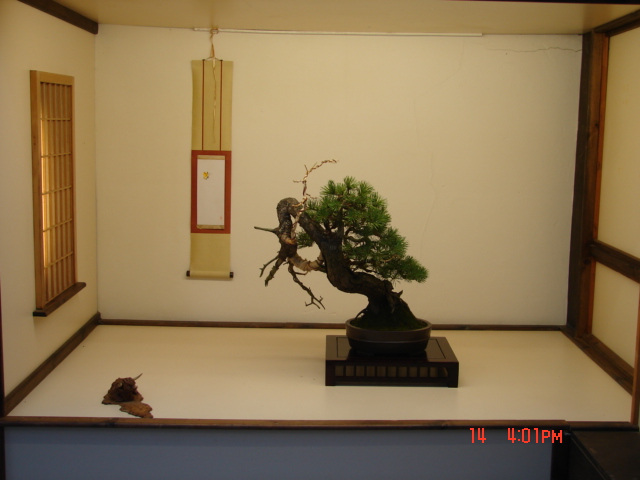 The studio tokonoma on the day. 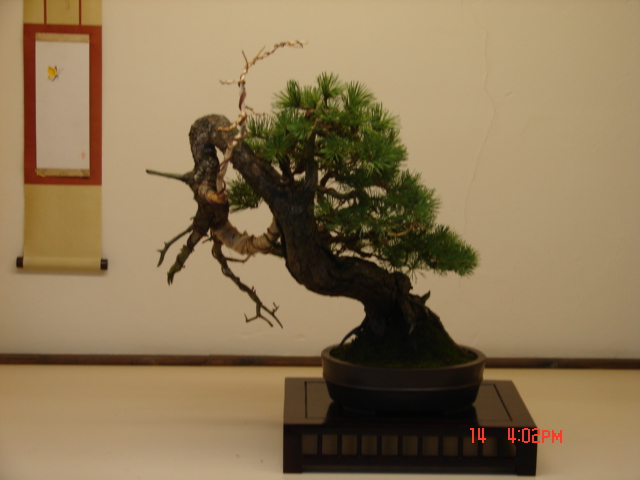 The feature tree was this Scots pine, beautifully re-styled recent by Caz on our behalf. Unsurprisingly this bonsai was sold by the end of the day ! Not going to say who to though ! 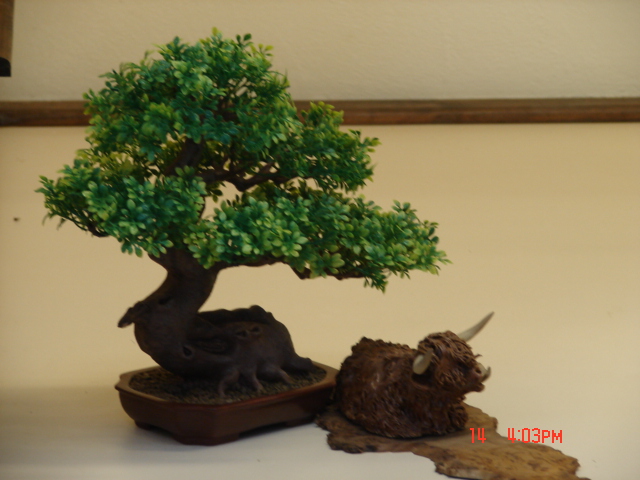 Low and behold a Highland Coo reclines in the shade of a shohin bonsai, an nice example of Falsia plasticata we think. 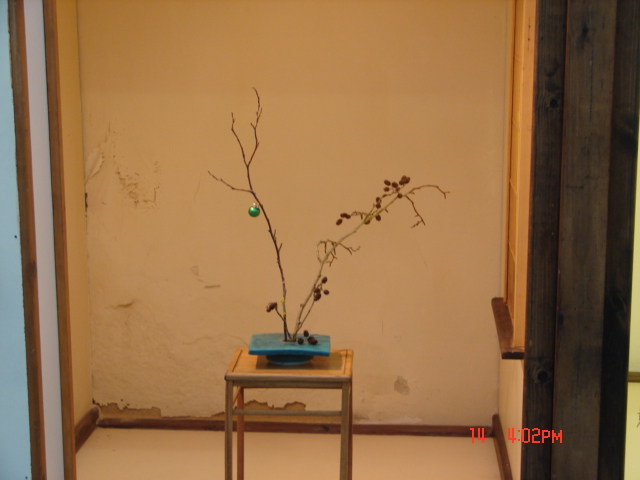 And finally one of The Proprietor’s ikebana creations. Spot our one concession the the festive season ?

Thanks to all the day’s participants and to Caz and Scott, one more workshop next Saturday to conclude this year’s Willowbog events, still places available if you would like to join us to get out of xmas shopping !