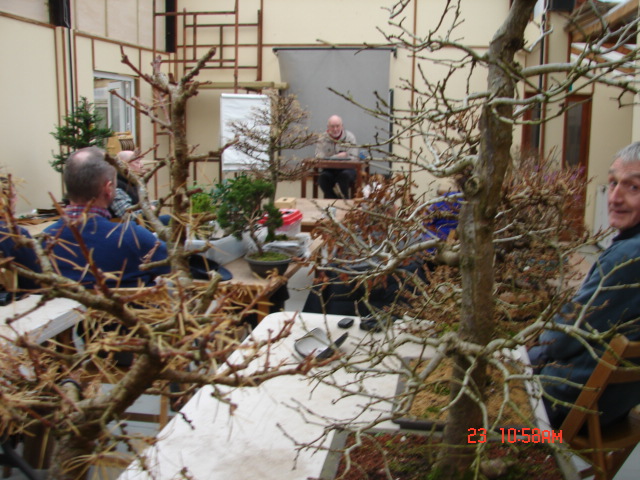 Last Saturday Willowbog Bonsai staged what would normally have been the penultimate workshop of the year,  but as we have scheduled two workshops for December that was not the case. 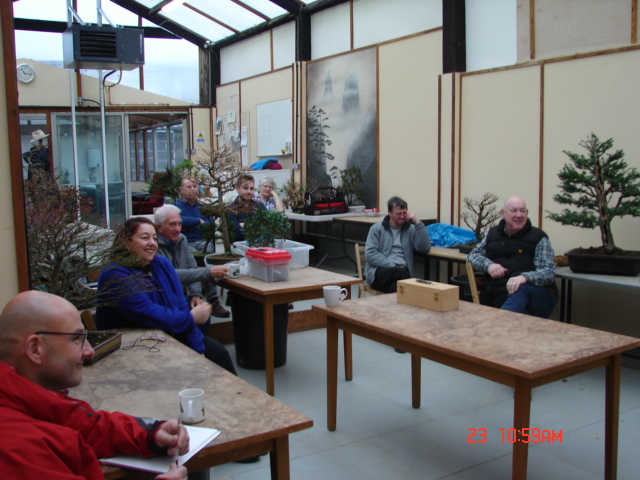 We had yet another good turnout with three new participants in the eleven folk who joined Caz, and Scott, and myself, for the day.

From the arty farty nature of this photo you may deduce that Caz was in charge of the camera for the day. A blatant attempt to obscure my good looks I reckon ! 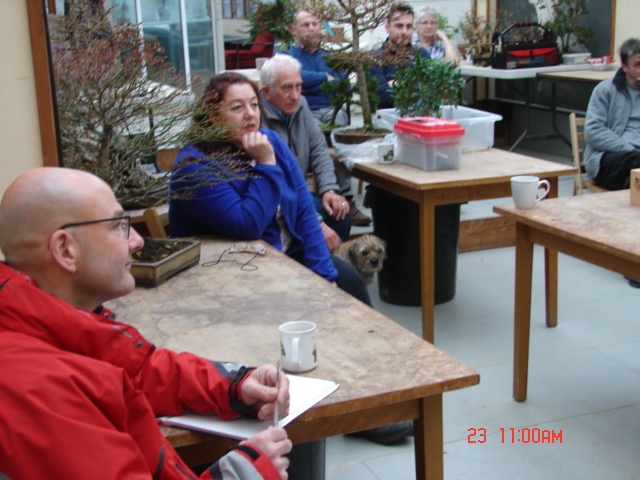 Tyke always manages to get in on the act at some point. Here getting a scratch from recent convert Frank. More familiar faces in the foreground. 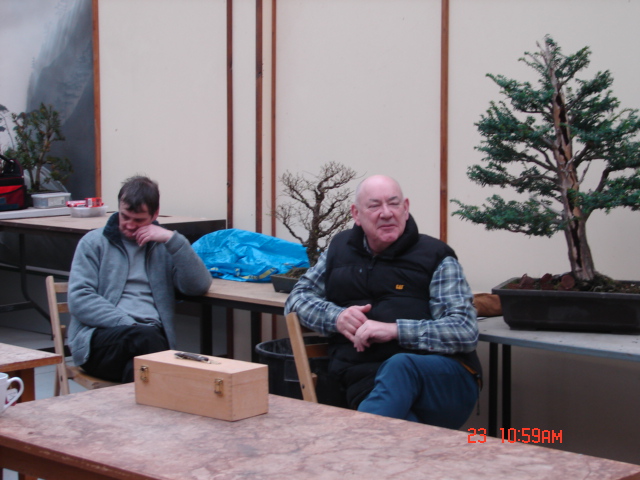 During the initial discussion period we mostly talked about winter protection with particular emphasis on the persistent wet weather and the implications should it turn cold soon, which it threatens to do in fact. 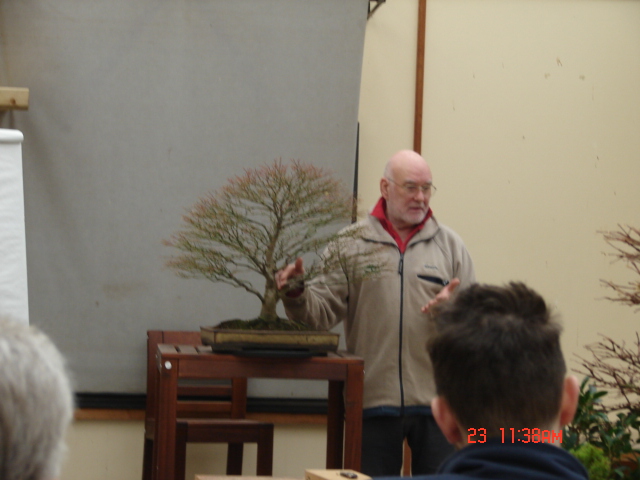 On to the trees, well at least one of them, this lovely Kashima maple, formerly one of Caz’s collection and now in the care of Willowbogger Angela. 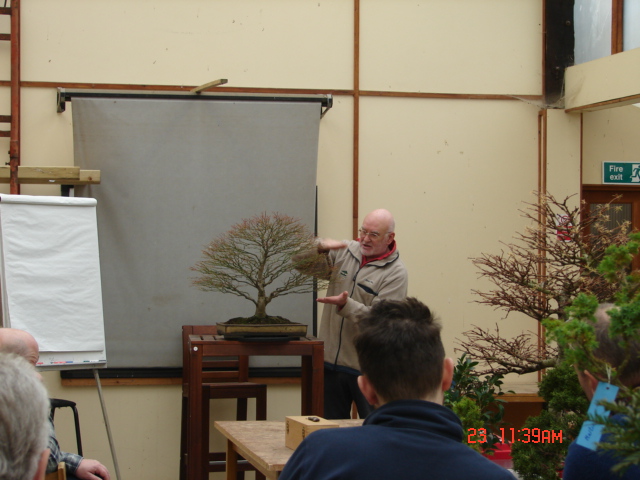 I am pretty sure that I was not at this point suggesting that we reduce the tree to that sort of height !!! 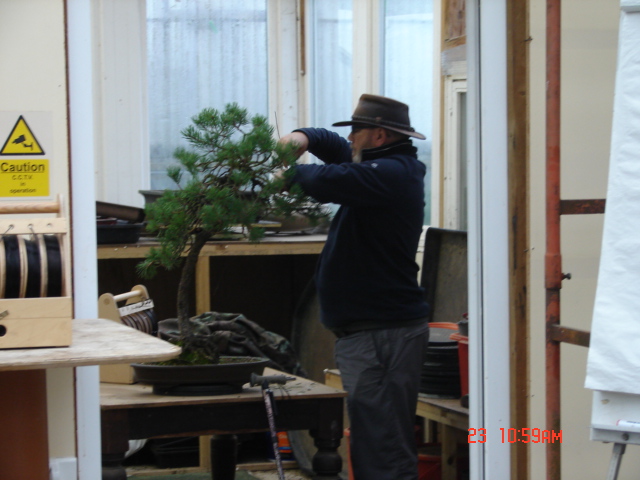 Then on to some actual tree work. Paul working away getting some wire of his Scots pine with a view to a refinement styling. 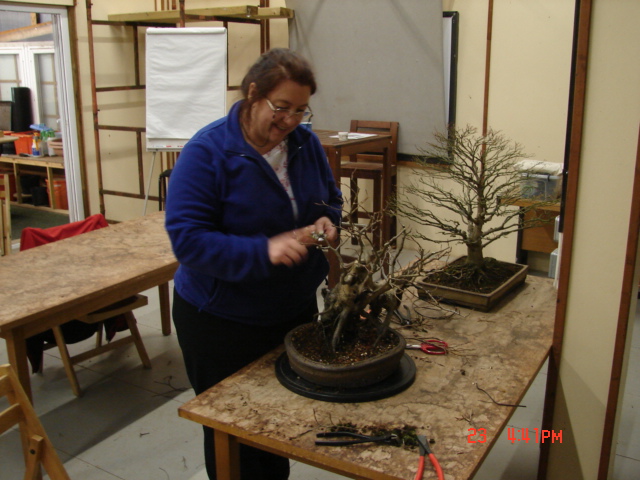 Angela with her unusual European beech that has a Spanish origin. 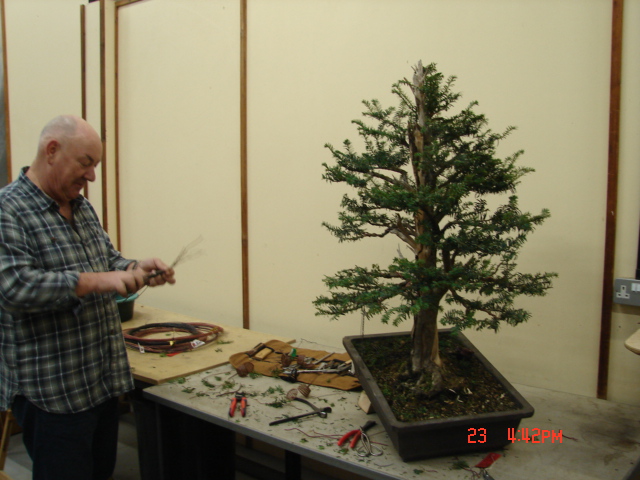 Terry tackling the somewhat lengthy task of a complete second wiring of his European yew. Terry is manfully getting to grips with using copper wire for the first time, it will be well worth the effort. He is one of the regulars who has requested a wiring themed workshop day that we will get organised for early in the new year, if you are interested keep checking the web site  www.willowbog-bonsai.co.uk 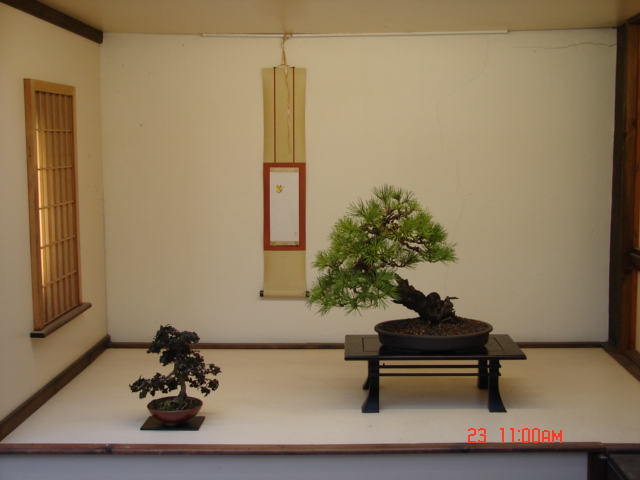 That’s all the pictures of the workshop I’m afraid but then we did all have a busy day !  The studio tokonoma. 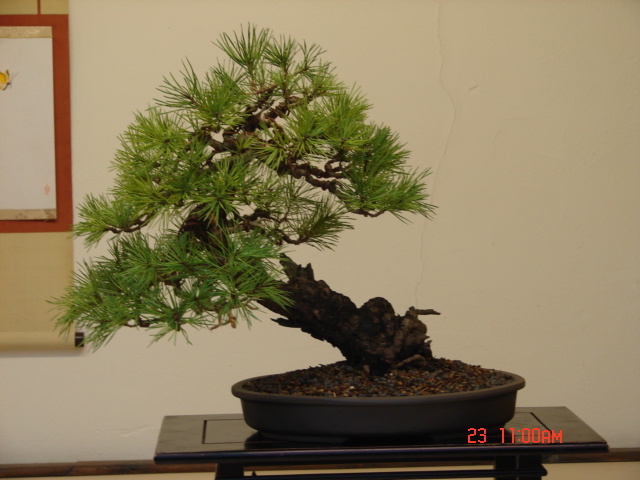 The feature tree was this really nice, chuhun size, Scots pine, recently re-styled by Caz, talented lady that she is   [I use the word ‘ lady ‘ in a fairly loose sort of way there ] Two workshops in December to cope with the festive season rush……………or not as the case may be.