Ten out of ten 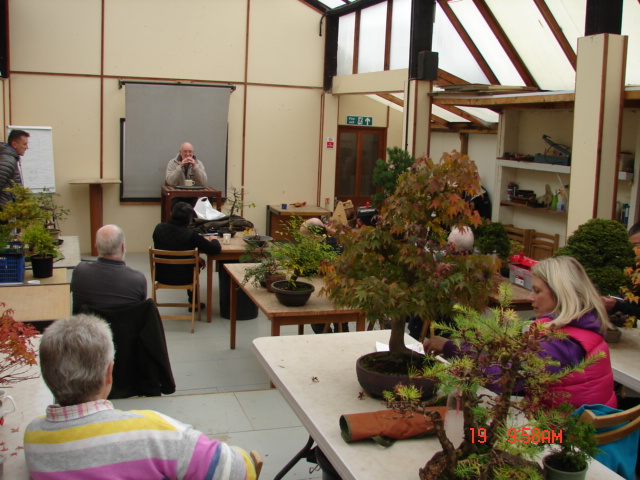 If we were to be awarded a mark for each of the monthly workshops that we have staged in 2019 then we would be at ten out of ten !

Willowbog Bonsai staged our October workshop last Saturday and as the above image shows it followed the recent trend of being exceptionally well supported. 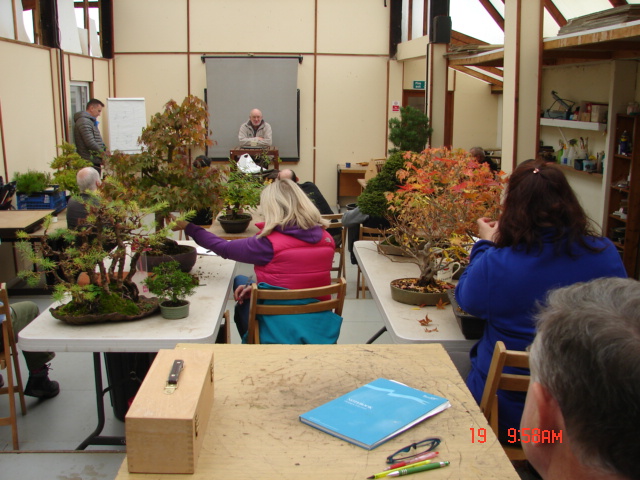 I have not really been keeping account but it may well have been our busiest workshop ever, at least in terms of participants. We welcomed fourteen bonsaists to the nursery. 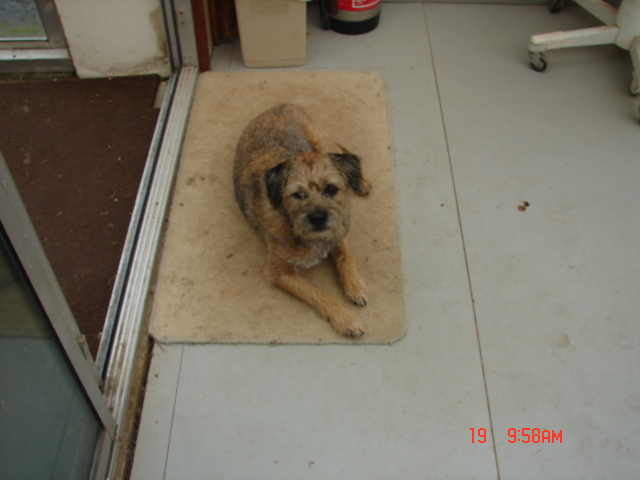 Tyke doesn’t really count as a participant, more a member of staff I think. 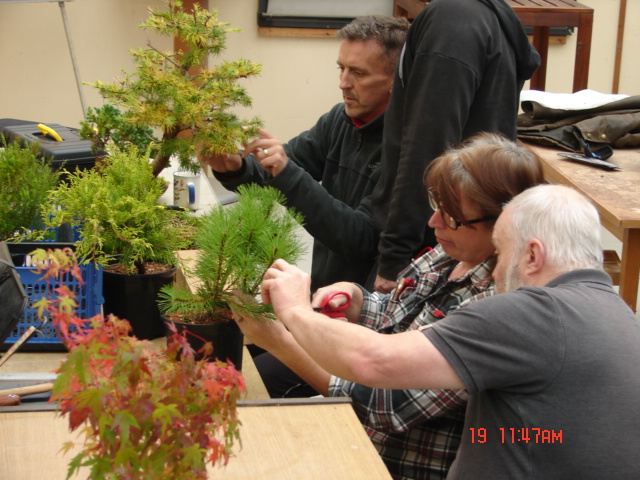 There was a typical cross section of folk with us. 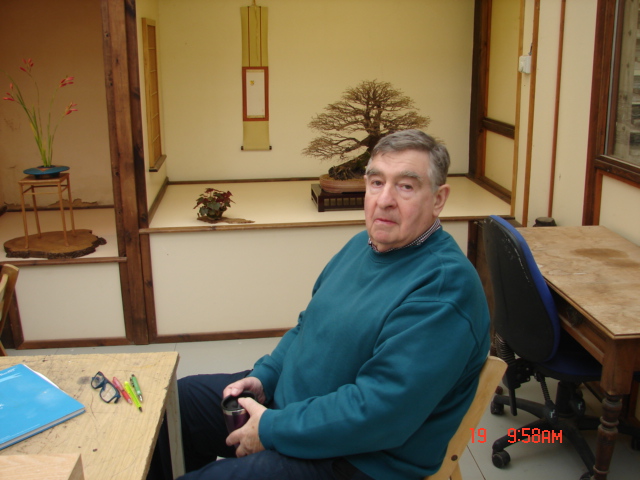 Plenty of very familiar faces, here The G-man looks surprised that somebody else was taking photos, it normally falls to Peter to remember to record the day, on this occasion it was Caz, I think. 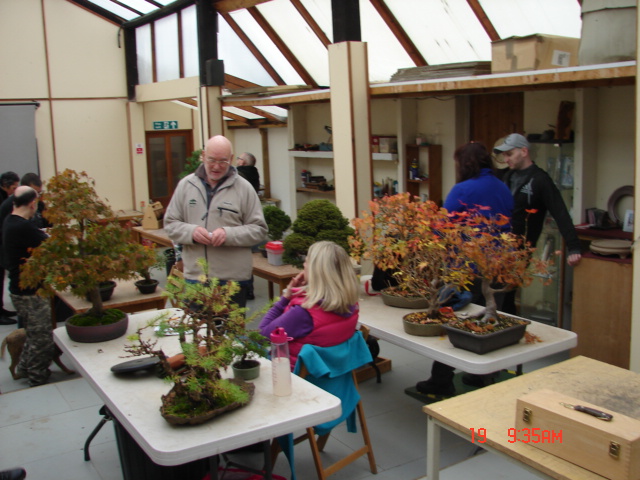 I would like to single our three ladies that are increasingly evident at these gatherings and all three have significant journeys to make in participating. Here I chat to Kate who has the two hour plus each way trip from Edinburgh. 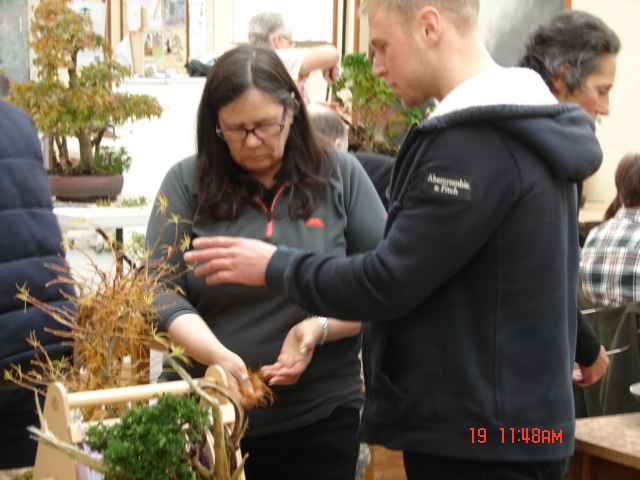 And friends and neighbours Elaine……………… 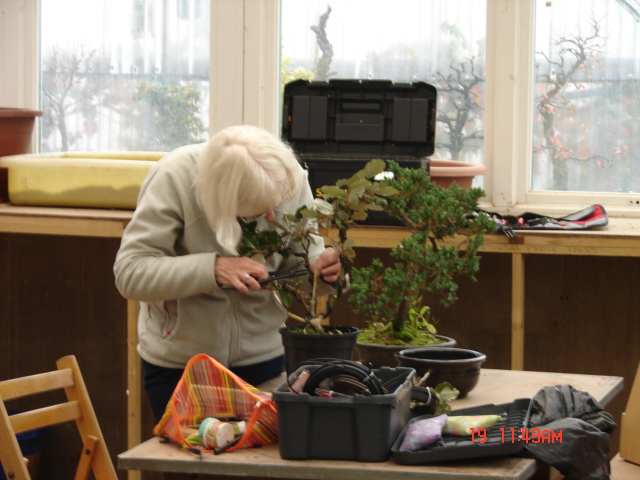 And Sheila,  who make the marathon three hour each way journey from just south of Glasgow to be part of our get together. 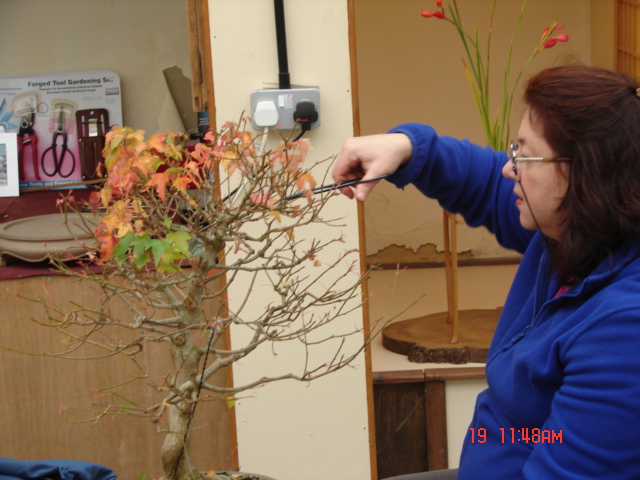 Angela is one of those that hardly ever miss a monthly workshop, here end of season pruning on her Trident. 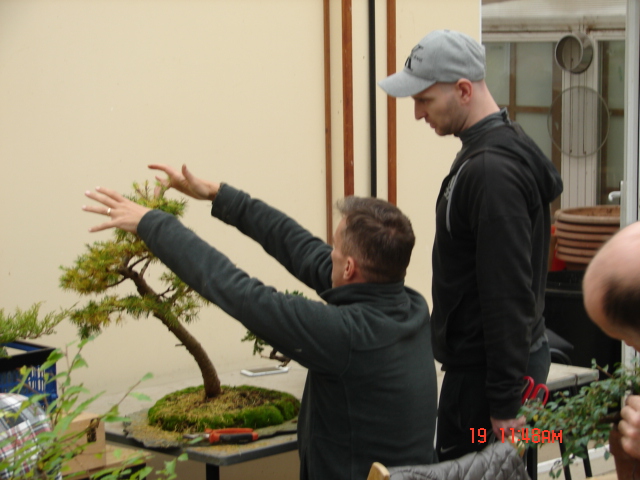 Scott advising Ian, who is a newcomer, on his Larix. 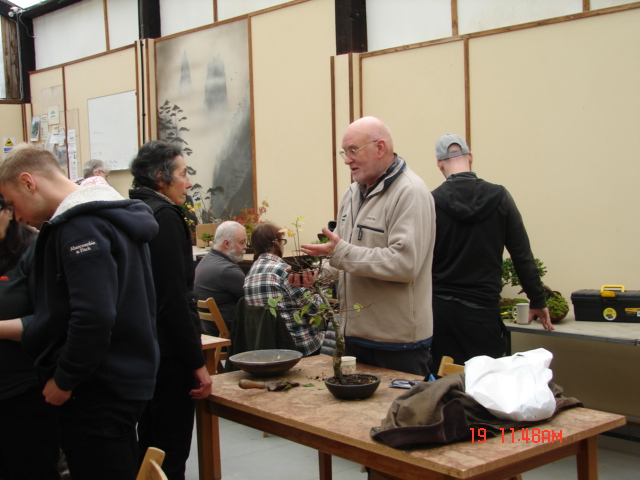 Me talking to Susan who was making her first ever visit to the nursery with her newly acquired and only bonsai. 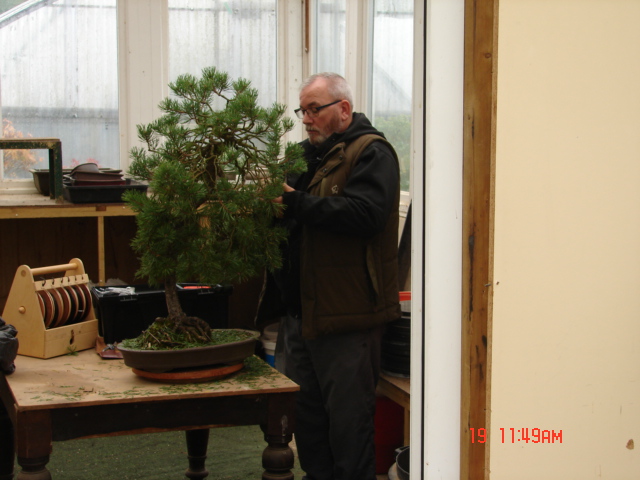 Regular Paul cleaning out his new Scots pine prior to wiring and styling. 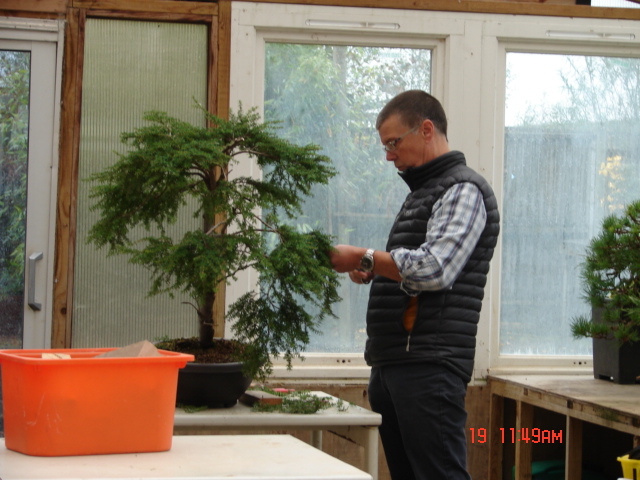 John makes a start of pruning back his Western hemlock before we try to work out the best way to go shape wise. 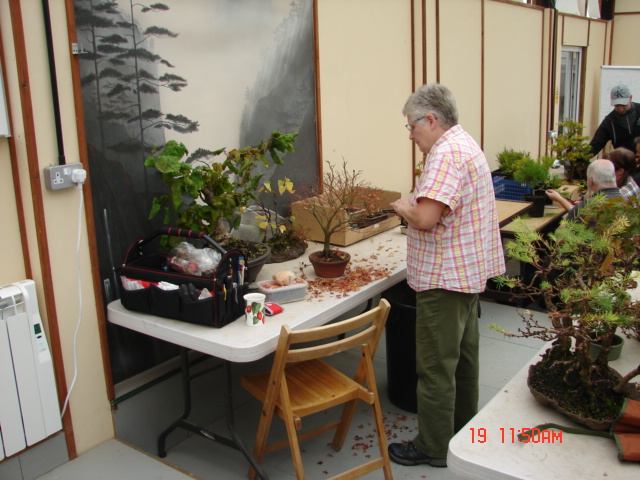 Willowbogger Norma removes all the old leaves on a maple so that we can do a bit of structural pruning. 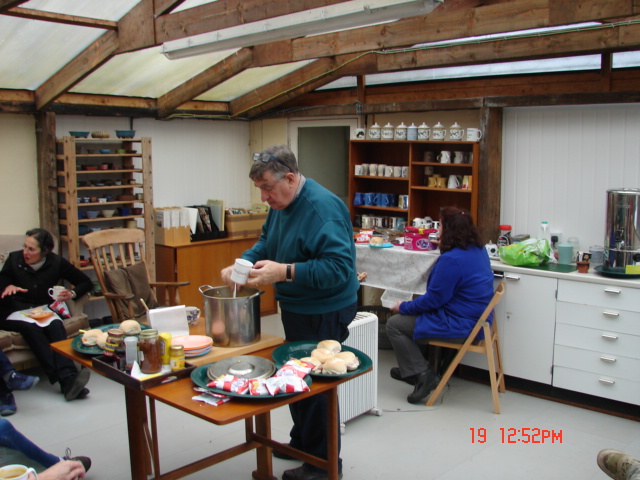 Lunchtime and a first appearance for Jean’s famous soup this autumn, worth coming just for that ! 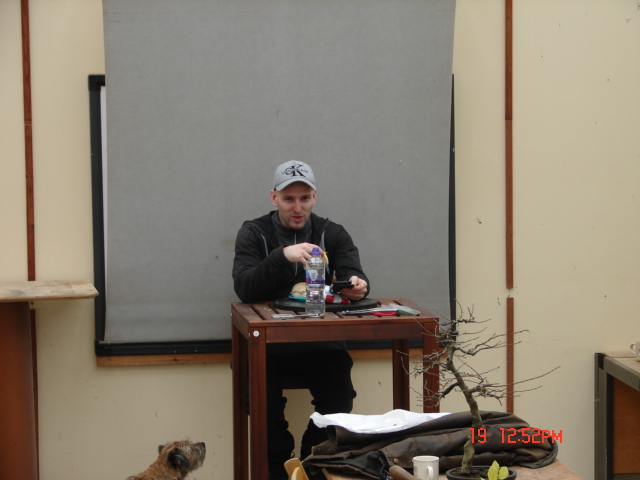 What have we here ?  does this indicate that this young man thinks he is ready to take charge of these workshop days ?

Thanks to Scott and Caz who made the day doable with their help, thanks to all the participants including several regulars who failed to get their presence recorded on Camera.